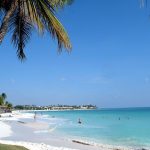 For all you language people out there: are you looking for a place that is away from everything, with miles and miles of beaches, beautiful blue sea everywhere you look, and a wealth of languages to hear and speak as well? Then your next destination is Aruba, the Dutch Caribbean island off the coast of(…) 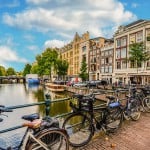 Even though I’ve been trying to study Dutch for years (for heritage’s sake), I have to agree that sometimes it does seem rather alien. At first, I thought learning my grandfather’s language wouldn’t be hard. For one, I was convinced my tongue and vocal chords were genetically predisposed to making weird guttural sounds. (For this, you’d(…)

Top Dutch Slang from the Netherlands

This entry was posted in babble and tagged Dutch, Language Learning, Learn Dutch on November 10, 2015 by Nicole Eberhard .

Picture this scenario: you spend months, or even years, studying Dutch. You can read the newspaper, have a conversation, and feel confident in your Dutch ability. Then you land in the Netherlands and walk the streets of Amsterdam but don’t understand this strange language they’re speaking. That’s because you need to learn straattaal. Straattaal (street(…)

Top Dialects of the Dutch Language

This entry was posted in language guru and tagged Dutch, Learn Dutch on October 28, 2015 by Paul Mains . 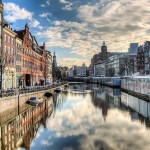 Dutch is most commonly spoken in the Netherlands, and is the nation’s official language. However, Dutch is also spoken natively in Belgium, and even in the South American country Suriname. As a result, the world’s 20 million native Dutch speakers speak several different dialects, which differ importantly from one another. Here’s a list of some(…)