Top Dutch Slang from the Netherlands

This entry was posted in babble and tagged Dutch, Language Learning, Learn Dutch on November 10, 2015 by Nicole Eberhard .

Picture this scenario: you spend months, or even years, studying Dutch. You can read the newspaper, have a conversation, and feel confident in your Dutch ability. Then you land in the Netherlands and walk the streets of Amsterdam but don’t understand this strange language they’re speaking.

That’s because you need to learn straattaal.

Straattaal (street language) is Dutch slang. Your grammar books probably leave this out, but knowing how to speak colloquial Dutch is important to be able to speak conversational Dutch on the street with native speakers.

Dutch slang is also fascinating to learn and a great example of how languages borrow from each other. Slang words are borrowed from and influenced by languages from Turkish and English to Moroccan Arabic and Papiamento, as well as Sranan, a creole language from Suriname. You’ll hear this cosmopolitan slang not only on the streets of Amsterdam (also called Damsko or Mokum), but also all over the country.

To help you out, here are some Dutch slang words from the Netherlands that you should know: 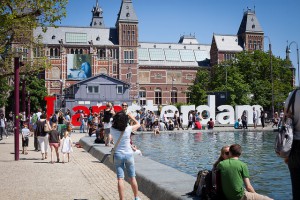 This handy word is used in many contexts and can mean nice, sweet, good, tasty, and so on. If you taste some delicious Dutch food, and someone asks you how it was, you can respond “Heel lekker.” How was your day exploring Amsterdam? “Lekker, danke!” Want to say goodnight? Say, “slaap lekker,” which means sleep well. It can also be used as an adjective for a range of things like lekker weer (great weather) or lekker gezellig – a phrase that has no English equivalent, but that you’ll hear very often to describe a feeling or atmosphere.

Similar to lekker, leuk can mean nice or fun, and can be used for a wide range of things. One way you’ll hear it very often is in response to something someone says: “Leuk, man,” meaning “Nice, man!” You can also say “Het was leuk u te ontmoeten” – “It was nice to meet you.” You may also hear “Ik vind je leuk,” which means “I like you.”

Literally meaning pretty, mooi is another versatile word in Dutch slang that can be used in different contexts and one you’ll hear repeated often. You could use it to describe the beautiful old town of Utrecht or to describe a pretty Dutch girl. It can also be used to mean good or nice, such as to describe the weather, but you wouldn’t use it for taste or smell. Mooi can also be used in expressions such as the popular “mooi zo.” This means awesome, nice or good for you. So if your friend tells you they’ve arranged a tour to see the famous tulips, you can tell them “mooi zo.” 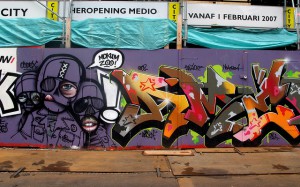 There are plenty of other Dutch slang words you may hear. As with slang in all languages, not all of it is appropriate for polite conversation! Tune into straattaal and listen out for these words:

Stoot – A chick (an attractive woman)

Now that you’re armed with some handy Dutch slang terms, it’s time to perfect the language. Don’t struggle on your own. Take classes with a professional Dutch teacher who can help you with the nuances of the language. Get in touch with us now to find out more.