Even though I’ve been trying to study Dutch for years (for heritage’s sake), I have to agree that sometimes it does seem rather alien.

At first, I thought learning my grandfather’s language wouldn’t be hard. For one, I was convinced my tongue and vocal chords were genetically predisposed to making weird guttural sounds. (For this, you’d also need to disregard the lifetime I’ve spent speaking Spanish). And two, I had already transitioned from Latin to Germanic phonetics when I learned English. But alas, there are several more steps from Spanish to Dutch than from Spanish to English.

Places where Dutch is spoken via Wikimedia

Right smack in the middle

The good thing is though, Dutch is very much the middle point between English and German, which means there’s a lot of English going on there. In fact, just like English and German, Dutch is a West Germanic language. With a little over 24 million native speakers, it is the third most spoken Germanic language, found mostly in the Netherlands and Belgium while being dispersed in other parts of the world.

Similarities with English manifest themselves through the lack of the “High German consonant shift”, as well as not using the umlaut as grammatical marker, dropping most of its case system and incorporating more Romance loan words than German. Alternatively, similar to German, it still maintains three grammatical genders, has modal particles, and follows a similar word order.

So I can speak Dutch then, right?

Well, not so much. However, many English words have Dutch origins. Take for example, booze. You can thank the Dutch for what’s probably one of your favourite words in the English language. Booze comes from busen, a Dutch verb meaning to drink in excess. Do you like coleslaw? The KFC staple gets its name from the Dutch word for “cabbage salad”.

The Dutch are also to blame for you having to call your superiors boss. Baas is the Dutch word for master, and it seems Anglo-Saxons thought it’d be a great idea to adopt that. Have you ever thought of your stove as a heated room? Probably not, but that’s what the word “stove” means in Dutch. If you’ve ever been on a cruise, you’re actually “crossing” in Dutch. The spelling would be kruisen in this case.

Just to further convince you of just how similar Dutch and English are, here’s a list of 30 random words that sound just about the same in Dutch as they do in English: 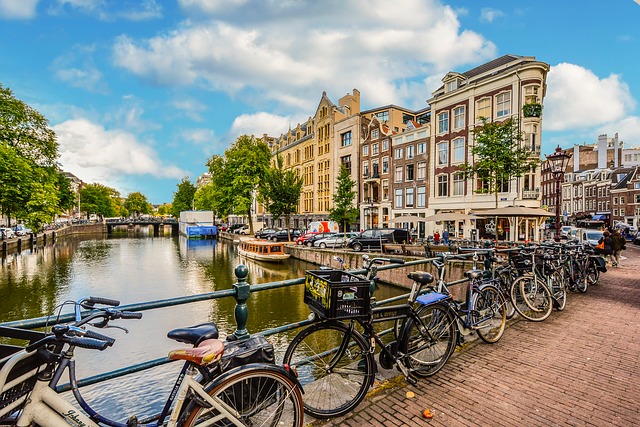 And honestly, the parallels don’t stop there. This is frankly just the beginning. If it weren’t because V’s in English are F’s in Dutch and W’s in English are V’s in Dutch and D’s at the end of sentences in English turn into T’s in Dutch, we’d probably have a super easy time learning. But then again, there are 12 different vowel sounds and a bit more to understanding Dutch grammar and syntax, but, you know, Amsterdam, just as Rome, wasn’t built in a day, right?