Top Dialects of the Russian Language

Russia is a huge country: it’s the world’s largest nation in terms of area, and spans two continents. And with a population of nearly 150 million, it’s one of the top ten most populated countries in the world. Given Russia’s vast size, you might expect that there would be significant dialectal variation in the Russian language. Interestingly, however, Russian is more homogenous than other languages of similar size. Still, there are some important regional differences among Russian dialects, which we will discuss here. 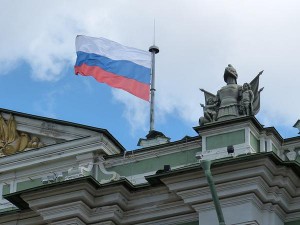 The Northern Russian dialect is spoken in some of Russia’s coldest regions north of Moscow, such as Siberia. The Northern dialects tend to be fairly similar to the Russian spoken in Moscow, but exhibit some interesting linguistic phenomena.

How good is your Russian? Find out by taking our free online Russian level test!

Southern Russian dialects often feature yakanye, which is similar to the okanye of the Northern dialects. In yakanye, the vowels “o”, “e”, and “a” are pronounced as a hard “a” sound (like the “a” in cat) when they come before a stressed syllable. For instance, the word несли (“carry”) is pronounced as “nyas-lyi” instead of “nyis-lyi”.

Pronouns in the Southern dialects are sometimes different from those in other dialects. For example, the word “you” in the dative case is тебе in other Russian dialects, but is табе́ in the south.

In Russian, the Central dialects are essentially transitions between the Northern and Southern variants. However, given that important metropolitan areas like Moscow are situated in this region, Central dialects are often considered to be the default form of the language (especially that of Moscow).

Whereas the Northern dialects have okanye and the Southern ones have yakanye, Central dialects have akanye. This is a phenomenon in which the letters “o” and “a” are pronounced the same if they are not stressed.

There’s a lot more to Russian grammar than the distinction between okanye, yakanye, and akanye. Indeed, Russian is a notoriously challenging language to learn, so don’t go at it alone. Consider taking tailor-made Russian classes taught by a qualified native speaker who’s prepared to explain the complexities of the Russian language. Contact us to see how we can best help you meet your Russian language-learning goals.