When Emmanuel Macron won the French elections in May 2017, his tasks included an overhaul of the French economy, and attempting to resurge the influence of France in Europe. Although these sorts of campaigns are nothing out of the ordinary for newly elected leaders to promise, his latest drive to make French great again is raising at least a few eyebrows.

France—or the French establishment—has forever seemed afraid of losing the French language to English, despite French remaining one of the top choices for language learning in the world. In 1970, English nudged French out of being the primary language of communication in the European Common Market when the UK joined, and an attempt a decade ago to make French the European Union’s benchmark legal language showed the hope of a French revival in leadership was rarely from the minds of those in charge.

Since then in France, we’ve seen everything from General Electric being fined €500,000 for producing a software manual in English, to refusal of using the word Tweet when Twitter launched in French. And although Macron himself is fluent in English and regularly uses phrases such as start-up nation and France is back, English terminology is often frowned on in France, when French can be used in its place.

Macron has launched an international campaign to promote French as a world language, urging other French-speaking countries to resist using English where they can. In Macron’s speech at the Academie Française he spoke of his hope for French to become the first language of Africa, and said that whilst English has become a language of business, there is no reason for French not to be used as a commercial language to promote French values. 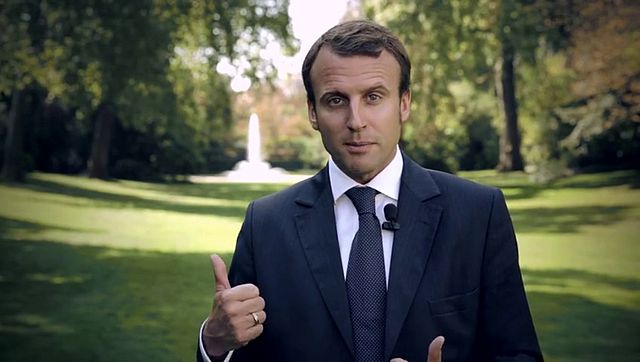 Given that Africa is a vast continent that already has between 1500-2000 languages, and that, of the 196 countries that make up Africa, only 26 speak French, the idea of French sweeping in to become the entire continent’s language seems rather, eh, unrealistic. Which is why there are those that think Macron’s speech made him sound more like an imperialist than a leader of the free world. Congolese writer Alain Mabanckou has written an open letter to Macron criticising him for the suggestion, accusing la Francophonie of “sustaining French imperialism” and being “a continuation of France’s foreign policy in its former colonies.” 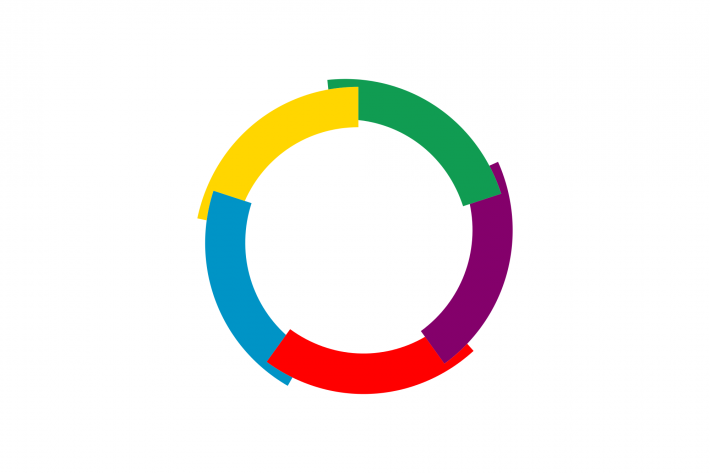 Flag of la Francophonie via Wikimedia

Those outside of la Francophonie might view this as little more than an international French club, but for those former colonies of France, la Francophonie represents holding on to ideals that push France’s foreign policies into places where they don’t belong. Hearing Macron claim that French could be “the number-one language in Africa … and maybe even the world” will surely strike fear into the hearts of those who fear attempts to recolonise!

French is the world’s sixth most widely spoken language, and according to Macron the fourth most used on the internet—though various other sources put French on the list as somewhere between seventh and ninth.

Brexit: an opportunity for change?

France, of course, views Brexit as its chance to push French as the language of the European Union. Though if any language could make a claim for that surely it would be German, since German is already spoken by 16% of the European population compared with Italian and English at 13%, French at 12%, and both Spanish and Polish at 8%.

If English wasn’t the international language that it is, perhaps French would be a good contender for a leading European language since it is not only France, but also Belgium and Luxembourg, who have French as an official language. Though with America predominantly monolingual in English, and around 10 million people in China already speaking English, it is a monumental ask to overhaul this unofficial lingua franca from English to French.

In short, French is a great language already, with so many people wanting to learn this language either just for fun or to further their careers. Will French become an international language of the future? Who knows. English has its grasp on the world through chance (and colonisation); who is to say the same thing won’t be experienced by French?