We’re now on the other side of New Year celebrations, so it’s time for the traditional joys of January: bemoaning a lack of money since we’ve spent up over the festive season; wailing at our reflections now we can’t fit into our favourite jeans; and of course, making ourselves promises that we absolutely aren’t going to keep, with New Year’s Resolutions that will be long forgotten by the end of the month.

If one of your resolutions was to learn a language, we are here to offer our assistance to make sure you don’t break that promise. There are a wealth of languages to choose from, but we’re starting with Mandarin Chinese, a language that is on a seemingly never ending upward trend in popularity. 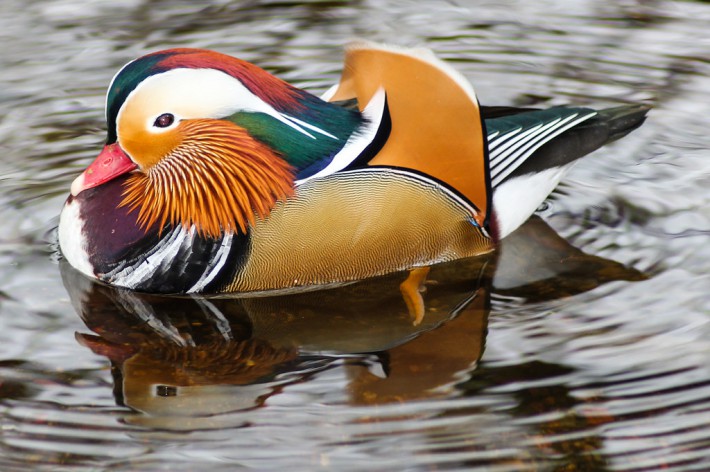 You’ve probably heard some of these already, but it’s always good to have a reminder. Mandarin is already spoken by more than 1 billion people worldwide, with almost 194 million of those using it as a second language. Mandarin—putonghua, the ‘common’ language—is spoken by 70% of the Chinese population, the next most popular being Cantonese. China is a growing economy with extensive trade agreements with countries in the ‘West’, and as all eyes turn with apprehension to an increasingly irate North Korea, we are seeing more and more news stories from Chinese media outlets that it is probably in our interests to at least try and understand.

Because Mandarin—technically, a group of related varieties of Chinese rather than one standard language—is borne of a culture that is more than 5000 years old. Old Mandarin dates back to a period in China’s history following the fall of the Song Dynasty, between the reign of the Jin and Yuan Dynasties, where a common language was needed and therefore developed from the dialects of the North China Plain around the capital.

The written standard of Mandarin has a particularly interesting tale to tell, with Literary Chinese—in use in one form or another since those early days of the Jin and Yuan Dynasties— usurped fairly recently, by a more ‘standardised’ writing method based on the Beijing dialect. This happened during the early years of the Republic of China, after successful campaigning by the New Culture Movement wanting to bring elements of both northern and southern dialects together.

To entice you in

Unlike a lot of languages that are typical go-to choices for learning, Mandarin has a fairly simple grammar system. There are no gendered forms for nouns, for starters, nor different endings for single or plural, and perhaps most beautiful of all, no verb conjugation whatsoever! Now, of course, things like tense and number distinction are expressed in different ways, but if your language nightmares involves complicated endings and memorising verb tables, Mandarin is absolutely the language for you.

Mandarin also uses subject-verb-object word order as we do in English, so when first constructing simple sentences it’s fairly difficult to go wrong. And as well as this, there are a vast number of key terms in Mandarin that have been formed from the translation of English concepts—think health, science, and literature—so the step over into this previously unknown language comes with an element of home comfort.

So we’ve given you some reasons why you should consider Mandarin as your next language, and now it’s only right to give you a few words to try it out. But don’t worry, you won’t need to know 官话 (Guānhuà) to understand it; since the 1980s, the Latinised ‘translation’ of traditional Chinese characters into Pinyin has meant an easier transition into picking up Chinese words. So a lack of alphabet is not a suitable excuse for not trying!

Now, doesn’t that make you want to learn Mandarin for yourself?! Of course, there are multitudes of languages to choose from, so if this doesn’t look like your thing, there is another language out there waiting for you to learn it! Keep that promise to yourself and make 2018 the year you learn another language!