How Many Chinese Languages Do You Speak? Wait, What?

To complete our introduction to Chinese, our final article about this fascinating language is concerning Chinese dialects.

Mandarin is spoken by around 955 million people the world over. That is an astonishing amount of people all speaking the same tongue. Compare that to English, which is often thought to be the most spoken language in the world. Not even close – a mere 359 million people speak English as their native language.

When you think of Chinese, Mandarin is probably your first thought, and for those that believe themselves in the know, there is also Cantonese. But did you know that there are in fact ten subdivisions of Chinese, and within them there are up to a hundred subdivisions? That is a lot of new words to learn!

Here is a quick glance at those main groups of Chinese dialects with a cheeky geography lesson thrown in. 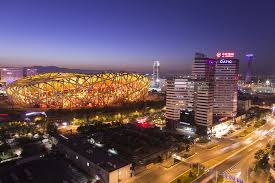 So let’s start in familiar territory. Mandarin, or Putonghua (普通话 – ‘the common tongue’), is the language of the government, the media, and education in China. Standard Mandarin is primarily based around the Mandarin spoken in Beijing, however, despite it being the most commonly spoken dialect of Chinese, it is mutually unintelligible with other dialects. If you’re looking to be understood across Mainland China, learning Mandarin is probably a safe bet.

Yue is the language of the Guangdong province, Hong Kong, and Macau, and the most famous variety you have likely heard of already – Cantonese. Cantonese isn’t merely just a different dialect of Chinese: it is an important symbol of identity, very separate from the rest of China. What is also interesting about Cantonese is that because of pronunciation, grammar and lexical differences, reading a text that looks similar in both Mandarin and Cantonese will in fact be two different texts entirely.

This dialect is spoken in Jiangxi and neighbouring areas. Owing to the impact of Mandarin on the Chinese populace, Gan faces a situation where currently many young people living in the Jiangxi area are unable to master Gan expressions, and some are not able to speak Gan at all. Thankfully, for language lovers, there has recently been a resurgence of interest in Gan, and it has begun to appear again in some regional media.

Hakka is spoken in southeastern China as well as parts of Taiwan and Hong Kong. There are also significant Hakka-speaking communities in America, French Guiana, Mauritius and the UK. Hakka translates as guest language, which perhaps is a nod to its heritage as a language of migrants, with ancestral roots in Shandong and Shaanxi.

Huizhou, or Hui, is a dialect with a very small percentage of speakers. It is estimated that only 0.4% of the Chinese population speak Hui, and these speakers are primarily based in southern Anhui. Despite the minority of native speakers, Hui can actually be subdivided further into five subgroups. Hui shares some features with Wu, Gan and Mandarin, but not enough to make these dialects mutually intelligible. 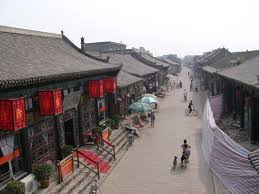 Up until the 1980s, Jin was considered a part of Mandarin because of its similarities with other variations that fit within that dialect. Unlike Mandarin, however, Jin has preserved the glottal stop, which is an important distinction between dialects. The glottal stop is a remnant of a final stop consonant, where syllables are closed with a stop consonant that had no tone – a group of syllables that are said be be toneless, or are referred to as the entry tone. This dates back to Middle Chinese, and shows distinct enough variation from standard Mandarin to be an entirely separate dialect in its own right. Jin is spoken over much of the Shanxi province, which equates to around 45 million people.

Min is the only dialect of Chinese that cannot be directly derived from Middle Chinese – according to linguists its heritage lies back as far as the Han Dynasty. Spoken in Fujian, eastern Guangdong, Hainan, Taiwan and parts of southeast Asia, Min can further be subdivided into northern and southern subgroups. There is a distinct difference between the Min spoken in inland and coastal groups, and even within these groups there is even more diversity – Min is considered to have greater dialectical diversity than any of the other dialects.

Pingua, or Pin, describes a group of related varieties of Chinese spoken in the Guangxi Zhuang Autonomous Region. Within this group there are, of course, further subdivisions, and this can be further complicated by discussing its use as a trade language and a second language for speakers of Zhuang languages. Despite this vast amount of variation, Pin is only in fact spoken by 0.2% of the population of China. Incredible. 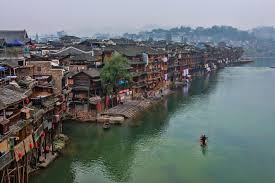 Xiang is spoken in central and southwestern Hunan, as well as northern Guangxi, and parts of Guizhou, Sichuan and Shaanxi. There are around 38 million native speakers of Xiang, and it is said that speakers of Xiang play an important role in Modern Chinese history. Famous Xiang speakers are Mao Zedong – Chairman Mao, and Ma Ying-jeou – the previous president of the Republic of China.

Sometimes Wu is referred to as Shanghainese, because the vast majority of Wu speakers are from Shanghai. Wu is also found in much of Zhejiang, and parts of Jiangsu and Anhui. There are around 77 million speakers of Wu, and the most common, or most well-known variety of Wu is Suzhou. The sound of Wu is said to be much softer than all the other dialects of Chinese, and for this reason it is sometimes referred to as 吴侬软语, or wúnóngruǎnyǔ in Pinyin – The Tender Language of Wu.

There is much, much more that we could say about the Chinese language, in fact, it feels as though we have barely skimmed the surface of what we could discover. But we hope that we have done enough to show you that the term Chinese describes a group of languages that is just as diverse and rich as those that fall under the category of Romance Languages. Consider that next time you are looking to learn a language for yourself!