Could Vietnamese Become the Next Powerhouse Language?

Vietnam ticks many boxes on the list of potential places to travel, with its breathtaking landscape, affordability, and the friendliness of the Vietnamese people. It is also attracting the attention of the real estate market and other investors such as those from the processing and packaging industry, as demonstrated by an international exhibition about to be held in Ho Chi Minh City. And with Vietnam’s rapid urbanisation and vast improvement of its infrastructure, there are multiple reasons making the country attractive to so many seeking both business and pleasure, both good reasons to learn the language.

With that in mind, perhaps it’s time to take a look at the language Vietnamese, to prepare you for whatever your future travel plans might involve!

Just as a tasting session, check out this clip featuring local Vietnamese interviews about the country and its people:

Vietnamese is an Austroasiatic language on the Viet-Muong branch of the family tree. It is the official language of Vietnam and is a recognised minority language in the Czech Republic, as well as being spoken in some parts of China, Cambodia, Laos. Vietnamese utilises a Latin alphabet comprised of 29 letters in its writing, and also has a form of braille. 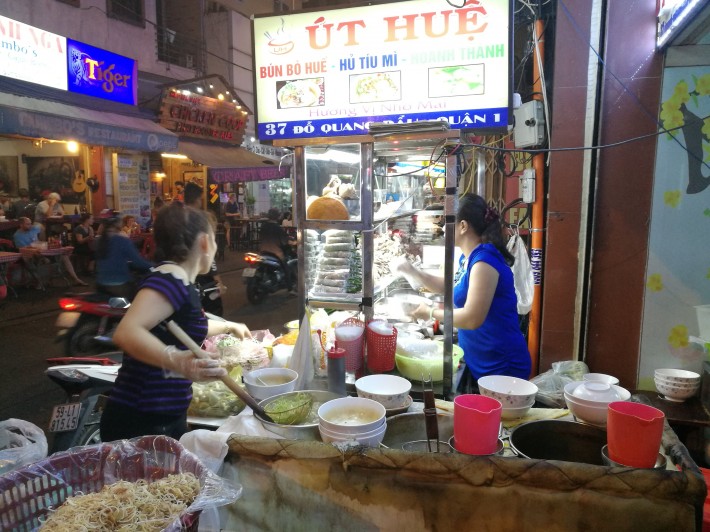 There are SIX tones of Vietnamese which are identified by diacritical marks. If you have ever attempted learning Mandarin then you’ll possibly recognise the pattern — and run an even greater risk of referring to your mother as a horse if you’re not careful: 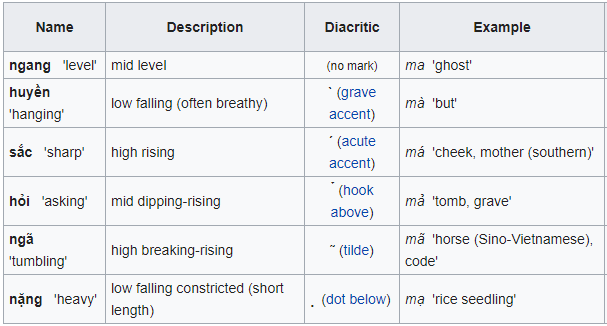 The Vietnamese alphabet developed from Classical Chinese script, since Vietnamese was an oral language and didn’t initially have one of its own. During the thirteenth century a separate script was developed for Vietnamese from Classical Chinese, known as Chữ-nôm. This was essentially Chinese in structure and contained numerous Chinese loan words. Chữ-nôm was in use from approximately the thirteenth century up until the twentieth, though the Ho Chi Minh University offered courses in Chữ-nôm up until as recent as 1993.

During the seventeenth century, Roman Catholic missionaries introduced an orthography based on Latin, naming it Quốc Ngữ, which has been in use ever since.

Since the Vietnamese themselves will tell you tiếng Việt khó — Vietnamese is hard—here’s a few things to keep in mind that show it’s not actually that difficult. For starters, there are no genders to remember, so you won’t need to apply this thinking to your tables and chairs. There are no articles either, relying heavily on the context of what you’re saying to determine if you mean a or the. Vietnamese doesn’t use plurals, so there are no endings to master; người can mean both people and person depending on what you’re saying. 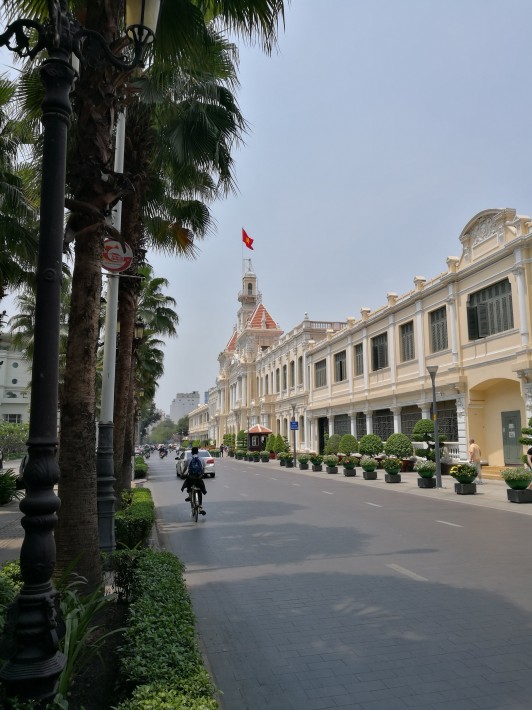 Vietnamese is also a non-inflective language so there aren’t tables and tables of verb endings to memorise. And lastly, perhaps the most enticing thing of all about Vietnamese is the ease of its tenses. It’s just a case of adding one of the following words in front of what you’re saying to change the tense:

No language analysis on our behalf would be complete without some useful vocabulary to note for your trip to Vietnam: 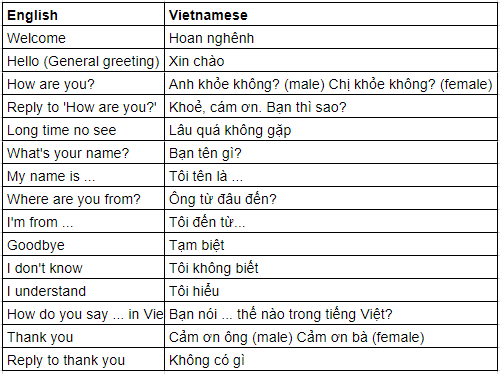 And there you have it! Vietnamese is a beautiful language, and may be much easier to master than you think!