You may have heard that learning a language is a long-term investment and that the best way of becoming fluent is to communicate with native speakers. While this is true, it poses a little problem. If you live in Australia, for example, and want to practise Spanish, you’ll need to go abroad to find native speakers. But if you can’t pack up and go to a country where your target language is spoken natively, you can always get exposed to it at home. 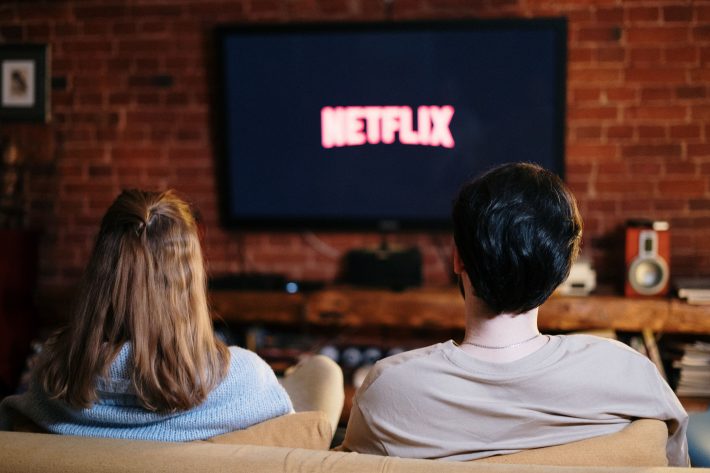 Photo by cottonbro from Pexels

In the last few years, Netflix has striven to expand itself and add content in a great variety of languages. Today, it has TV shows and films in 25 languages, such as Spanish, German, Russian, Mandarin, Urdu, French and many others. If you have made up your mind about what language you want to learn and you are looking for a list of Netflix foreign shows, you can find it here.

Additionally, all of Netflix original series and movies have been dubbed and subtitled into 5 major languages (English, Spanish, Italian, German and Arabic). So, if you are a beginner-level student of Italian, for example, you can watch Suburra in its original language with English subtitles to start training your listening comprehension. 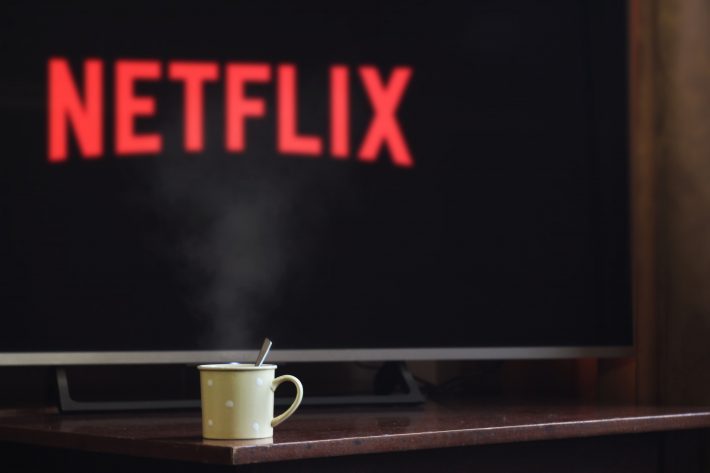 Photo by John-Mark Smith from Pexels

In case you’d like to know more about European Spanish, La Casa de Papel is an ideal choice, as it was filmed in Spain, with European Spanish-speaking actors. This is a gripping heist crime drama that features a band of criminals with different ages and backgrounds, so you’ll be exposed to an array of dialects and ways of speaking.

For example, the actress that plays Tokyo is from Catalunya while Pedro Alonso, who plays Berlin, was born and raised in Vigo, next to the Portuguese border. Pay attention and you’ll notice regional variations not only in their intonation but also in the type of vocabulary they use! And if you’d like to know more about how watching this brilliant TV series can help you learn Spanish, you can read our article here.

Those who want to get familiar with the Mexican accent, instead, can try out Roma, an award-winning drama by Alfonso Cuarón that depicts the Mexican society in the 1970s. Or if you prefer to practise German, you should watch Dark, considered by fans as one of the best supernatural TV shows of the decade. 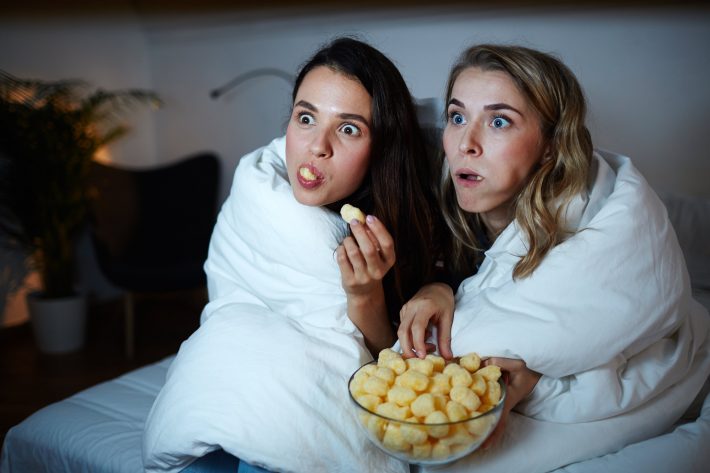 Photo by Pressfoto via Freepik

Make an effort and watch these films and series in their original language and soon you’ll notice an improvement in your listening skills and pronunciation! You can always resort to subtitles if you’re a beginner. Find some recommendations on how to use them below:

Dubbing involves re-recording the dialogues of a movie or TV show so you hear them in another language. This has a number of positive aspects for students, namely:

– You can practise your listening comprehension and

– You don’t get confused trying to match audio in one language and subtitles in another one.

However, there are some negative aspects, too:

– The original dialogues change and get simplified, sometimes not reflecting what is going on in the show,

– The audio and images are not in sync. It can be weird to watch the characters say something and hear something completely different.

Meanwhile, using subtitles also has some good and bad points when learning a language. The good things are:

– You are exposed to two languages at once, and you can draw parallelisms between them to remember new vocabulary and grammar,

– You’ll be working on both your listening and reading comprehension at the same time,

– They help you visualise the new language and remember spelling.

Yet, subtitles can have some disadvantages, too:

– You don’t get to improve your listening skills or get familiar with how words are pronounced,

– It can be hard to keep up with foreign subtitles, especially if you are a beginner and you’re watching the show for the first time,

– Subtitles are rarely literal translations. Sometimes, the text will match the general meaning of what is being said, but not the exact words, so you may feel confused.

It depends on your proficiency level and objectives, of course, though we always recommend learners to watch the show in its original language to start training your ear to the foreign language of your choice. Still, here are other options, depending on your preferences:

– If you are a beginner trying to learn French, you can watch Marseille (2019) with English audio and French subtitles.

– Intermediate students can watch the show with French dialogue and English subtitles, instead.

– Conversely, advanced learners can either watch Marseille with French audio and French subtitles (or no subtitles at all!).

So, what are you waiting for? Put your language skills to the test while you relax. Grab some popcorn and snacks, play your new favourite film or series in its original language and soon you’ll see how your fluency in any language of your choosing improves while you have some fun!

And if you still need some help acquiring your target language, get in touch with us at Listen & Learn. Our native-speaking tutors will help you achieve fluency in a fun and engaging manner! By the way, what is your favourite film or series on Netflix? You can share it on the comments below!