Are you Illiterate in Your Native Tongue? A Look at Cultural Stigmatisation and Language

This entry was posted in serious and tagged Culture, Language, Native Languages, Second Languages on April 6, 2015 by Nicole Eberhard . 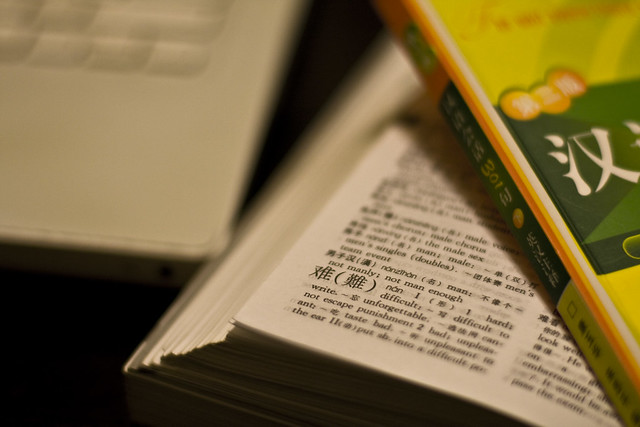 Picture for a second going to a family – your family’s – event and not understanding anyone because you don’t speak the same language.

This is a reality for an increasing number of people as families crisscross across the globe, landing in new lingual territory, and different generations of immigrants grapple with the pull of their mother tongue versus that of their new country’s official language.

The result is that the children of immigrants often end up being illiterate in the language of their parents and communities. This can be seen not just in communication barriers, but – and perhaps more importantly – in an increasing chasm between them and their cultural community.

The Stigma Around Illiteracy

The problem around the concept of a ‘mother tongue’ is not one of knowledge of the language, but of actual literacy. Most people are exposed to their native tongue in an informal setting; at home, listening and talking to their parents, giving them basic functionality, but not actual literacy when it comes to reading and writing the more formal aspects of the language.

Take the example of American-born Chinese student Candace Kwan. Despite moving back to Hong Kong as a child, Kwan’s formal education remained in English, rather than Chinese, leaving her with limited literacy in Chinese.

Drawing on the experiences of other culturally Chinese friends, Kwan reveals a stigma around not speaking the language. There is a term in Chinese, jook-sing, which translates to “hollow bamboo” and is used to describe those who don’t speak the language fluently. This effectively conveys that you may look Chinese on the outside, but without the language, remain empty.

This experience is echoed by Mabel Kwong, in Australia, who talks about the difficulty of being Asian and not speaking the language around those with the same linguistic heritage. She goes on to quote Ien Ang, from his book “On Not Speaking Chinese”, where he says

The issue becomes one of cultural identity. Language is intrinsically tied to culture in so many ways. Often the stigma comes from a perception that those who can’t speak the language are rejecting the culture as well.

Another side to this issue is that some people actively choose to let go of their mother tongue in order to avoid stigmatisation in their new country. The USA provides a good example of this.

Despite not having an official language at all, there is a prevalence of the sentiment that if you come to the US, you must speak English.

The effect of this is that many immigrant parents push their kids to speak only English (regardless of how good or bad their own level of English is), in the hopes that it’ll help them succeed in their new home. This is a result both of the stigma of speaking a different language, but also the realities of an education system and job market that cater to the dominant language.

As a result of these factors, studies have shown in the US that immigrant languages typically don’t get passed on beyond the second generation.

This is compounded by immigrant children choosing to abandon their mother tongue. Whether they face hostility when speaking their parents’ language, or they simply find it easier to converse in the language of their peers and their surroundings, it is another push away from their linguistic (and cultural) background.

Of course, there is a push back to reclaim literacy in native languages, whether by choice or parents’ insistence. Some people, like Kwan and Wang, voluntarily take up lessons in adulthood in order to communicate with their families. Others are sent to after-school lessons as children, keeping them connected with their Greek/Hebrew/Korean heritage.

What is interesting about this division in either actively learning literacy in one’s native tongue or rejecting it, is: do we have a choice about our first language? For most of us, our first language is our mother tongue and that of our community, and not something that we give any thought to. But the increasing number of people who are at linguistic odds necessitates a debate on whether we should be able to choose our first language.

Should we pursue learning our family’s language because it is vital to our culture? Or is the language of our country, peers, and education system the one we should be prioritising?

Of course, one solution is to openly embrace bilingualism, by actively pursuing full literacy in both the language of our parents and culture and that of the dominant language. If you’re interested in learning more about your cultural or native language, contact us to find out more about language lessons online or in your area.