If you’ve been watching Vikings and are intrigued by the story line and costumes, perhaps you’d be interested in knowing a little of the language used (yes, sorry to disappoint you; Viking vernacular was not standard English). But before you jump into your TARDIS or find yourself some standing stones, there’s no need to travel back in time to hear some Viking language for yourself.

Although Reykjavik is just a flight away, learn more about Icelandic, it’s history, linguistics, and place value here as a more affordable alternative.

Now, there’s some debate about this, with Norwegian, Danish, Swedish, and Faroese who all also have been given the honour of carrying the Viking tongue, but Icelandic seems to hit the most linguistic boxes when it comes to similarities with Old Norse, so we’ll go with the majority.

Old Norse was once spoken in the Faroe Islands, Iceland, Greenland, and Scandinavia, as wells as parts of Russia, France, the British Isles and Ireland. Because of this, Old Norse can be found in more than just Icelandic and Scandinavian languages. Believe it or not, English has a good amount of Viking in it too! Club — klubba (think weapon, not dancefloor), tidings — tíðindi, and axle — öxull as some examples.

Back to the task in hand: Icelandic is the official language of Iceland, spoken by around 358,000 people; 320,000 of which live in Iceland itself. It sits on the Insular Scandinavian branch of the Indo-European language family, using a Latin alphabet for its writing and Icelandic Braille for the blind.

The oldest preserved Icelandic text dates back to 1100 CE, though the most famous hail from around the 12th century and are the Icelandic Sagas—historical works and eddaic poetry— which are written in Old Icelandic; a western dialect of Old Norse.

Icelandic hasn’t changed much in all the time since compared with other modern languages, hence its view as a window into Viking language. Though it should be pointed out that between the 12th and 16th centuries there was a dramatic shift in the pronunciation of vowels; you’re still speaking Viking, but you’re doing it with an accent! 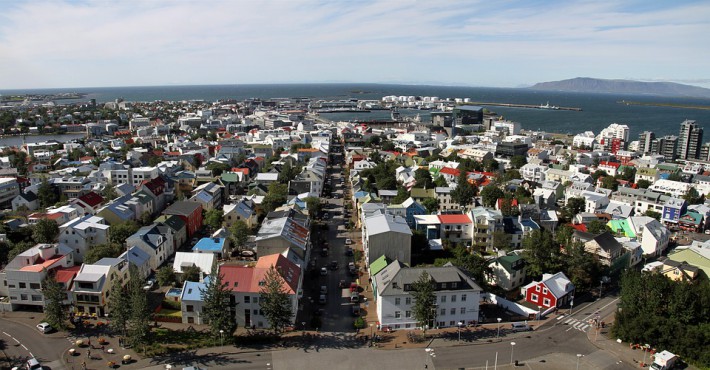 Icelandic is a heavily-inflected language with four cases and three genders for its nouns. Verbs get conjugated for tense, mood, person, number and voice, and there are active, passive and medial voices.

Basic word order for Icelandic is subject-verb-object, though because the language is heavily inflected word order is relatively flexible, and just about every order can happen in poetry. One feature of Icelandic that stands out is its use of a quirky subject, where certain verbs can specify that their subjects are in a case other than nominative.

We touched on the fact that Old Norse is present in languages aside from Icelandic, but it should be pointed out that whilst most of the vocabulary of modern Icelandic has its origins in Old Norse, there are other contributory languages as well.

Christianity arriving in Iceland during the 11th century brought the need for a word for church, which is kirkja in Icelandic, taken from other Scandinavian languages. French introduced words relating to courts and knightship, and Low German contributed words for trade and commerce. Though it has to be said that it’s more fun when Icelandic doesn’t borrow words and instead makes them up: when Iceland got its first computer in 1964, they invented the word tölva, which is a fusion of tala (number) and völva (prophetess), which means the average computer is a prophetess of numbers. Beautiful.

Icelandic also went through a linguistic purism period as seen in France, with the eradication of so-called foreign words in place of true, pure, Icelandic. This was started in the 19th century by writers and other educated people, recycling old words for modern usage: as an example, rafmagn means electricity, but its literal meaning is amber power, taking the international root electr- and shoving it with the Greek elektron — amber. Which feels like it’s defeating the object, but don’t mind us. We like the origins of the word for telephone in Icelandic though — simi — which originally meant cord. All things connectible then. 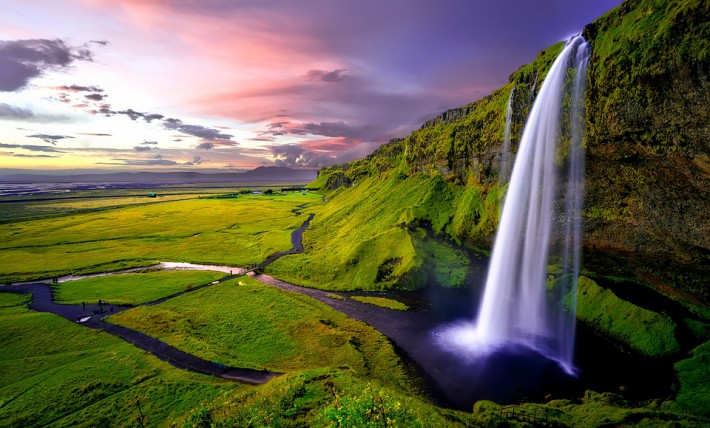 And there’s just a few this time, just to whet your appetite.

Looking for a new language to learn? Try Icelandic! You may very well be speaking the tongue of your ancestors.