We know what you’re thinking. We’ve taken two of the, arguably, more difficult languages to master, and attempted to force them together like Mrs Bennett did with Elizabeth and the awful Mr Collins (Pride and Prejudice, folks), but we promise, there is a little more in common between these two languages than those two unfortunate cousins. Come take a look!

Polish and Hungarian belong to two entirely separate language families. Polish is a West Slavic language, specifically belonging to the Lechitic subgroup, and is closely related to Kashubian, Silesian, Upper Sorbian, Lower Sorbian, Czech, and Slovak. Like all Slavic languages, there is an element of mutual intelligibility shared with Russian, but this can be very regional: Poles from the west of Poland are less likely to share that mutual intelligibility than those in the east, where borders with Ukraine and Belarus mean there is more exposure to the Russian language. In fact, it is often a question of dialect and accent that makes understanding more difficult than the language itself.

Hungarian, however, is a Finno-Ugric language, a member of the Uralic language family, and often associated with Finnish, though that precise closeness has long been disputed by linguists, constantly moving the two languages along the branches of the family to work out where they fit. Hungarian is actually described as being closest to two languages spoken in the Russian Federation: Khanty and Mansi. 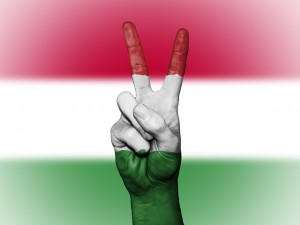 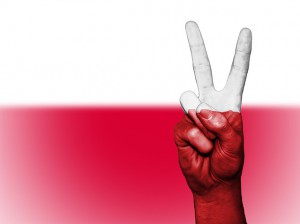 Hungarian is spoken by a mere 13 million people, compared with Polish, which has around 40 million native speakers. Hungarian is spoken in Austria, Croatia, Romania, Serbia, Slovakia, Slovenia, and Ukraine, as well as Hungary, and Polish in Czech Republic, Hungary, Lithuania, Slovakia, and Ukraine, as well as Poland. Both are recognised languages of the EU, and both use a Latin alphabet. Both are also, to a point, word order flexible, although there are more rules in place for this in Polish than you will find in Hungarian. The oldest surviving printed Hungarian is from from the founding declaration of the Benedictine Abbey of Tihany, in 1055. And for Polish we must look to Wrocław, where the Statuta synodalia Episcoporum Wratislaviensis, written by Kasper Elyan, was printed in 1475.

Okay, so we’ve sort of proved how very unrelated Polish is to Hungarian, but please bear with us! Because the underlying link between these two languages is not exactly tenuous, but more an historic one. Approximately one fifth of Hungarian words have Slavic origins, and it is here that we see the similarities, with Hungarian being derived from East and South Slavic languages.

There are a lot of similar, or cognate words between Polish and Hungarian, that are recognisable in numerous languages. There’s the more obvious ones, with things like:

But then there are other words that have similarities that perhaps won’t be so obvious elsewhere:

There are in fact around 650 cognates shared between Polish and Hungarian; not enough to wax lyrical about the weather, perhaps, but enough to probably get your point across.

Or more like, proverbial: there is a bilingual proverb shared between Polish and Hungarian that approximately translates as Pole and Hungarian, two good friends:

Which, of course, look, and sound, nothing alike; but we like the sentimentality of the idea.

Hungarian provides some loan words to some of the mountain dialects of the Górale in southern Poland, with words such as baca, gazda, and hejnał — fleece worker, shepherd, and bugle — thought to be due to historical contact with herders who travelled north along the Carpathians.

So there you have it. The links between Hungarian and Polish might need to be found with a little digging, but the link is there. In fact, these similarities are seen with surprising regularity between many unrelated languages. Come back and see — we’ll have more tenuous links for you soon!