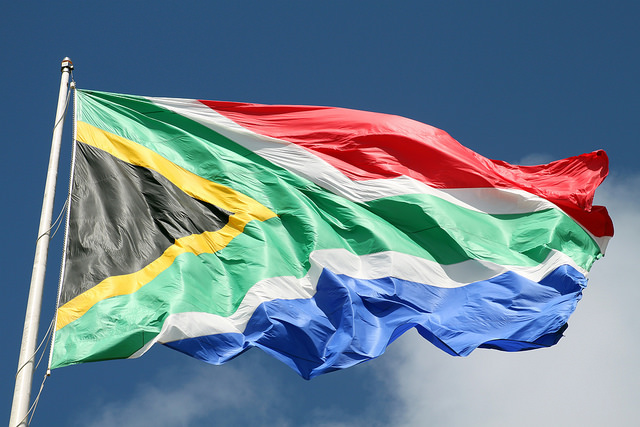 So, to start us off, here are the eleven official languages of South Africa in no particular order:

There are almost 56 million people living in South Africa: here is the split of who speaks what language.

There is also 0.5% of the population that speaks with South African Sign Language, and another 1.6% that speak other languages outside of this extensive list. These other languages include: local languages (Fanagalo, Lobedu, Northern Ndebele, and Phuthi) and immigrant languages (Greek, Gujarati, Hindi, Portuguese, Tamil, Telugu, Urdu, Yiddish, Italian, Dutch, French and German).

Most South Africans speak a language from one of two branches of Bantu languages: the Sotho–Tswana branch (Sesotho, Northern Sotho, Tswana) or the Nguni branch (Zulu, Xhosa, Swazi, Ndebele). There is an element of mutual intelligibility between some of these languages. 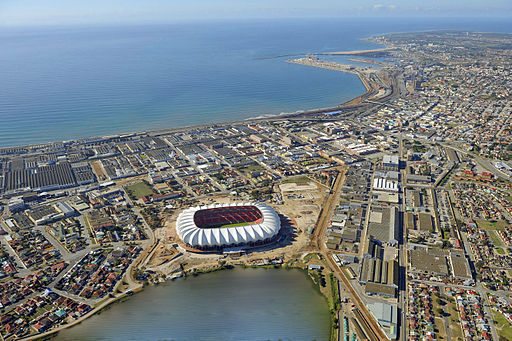 Port Elizabeth, where Xhosa, English, and Afrikaans are spoken via Wikimedia

How does it work?

Eleven official languages to choose from sounds amazing, but true, equal representation of them all that must be difficult. Imagine the street signs, and official governmental documentation, for example, if all eleven languages are used at once! It is a delicate balancing act, and one that seems to be a constant work in progress for both policymakers and citizens of South Africa alike.

The ANC has been in power since 1994 and has insisted on English being the language of official government policy ever since, and Afrikaans is used widely in commerce. This means that despite that wealth of languages recognised as a official there is a biased skew in favour of those considered most useful.

The main takeaway from South Africa’s multilingual policy is that people are free to communicate in whatever language works for them. So in the home it is not unusual to find children and adults speaking multiple languages. There is also a multilingual education system so no one language is given preference, and yet that gets even more complicated; how can you teach a classroom full of students in eleven different tongues all at the same time?

To get around this, the first three years of school education are taught in home languages, and from the fourth year onward education is predominantly in English, with all textbooks and other teaching materials produced as such. English, then, once again becomes more of a general tool of communication for business, education, and international purposes, while South Africa celebrates its rich diversity of languages that are heard in the home.

Johannesburg, where you’ll here predominantly English and Afrikaans via Wikimedia

Here are a few more details about the languages of South Africa:

English and Afrikaans are West Germanic languages, with the other nine being Southern Bantu. These break down further into Nguni languages (Zulu, Xhosa, Swati and Ndebele), Sotho–Tswana languages (Northern Sotho, Southern Sotho, and Tswana), and Tsonga on its own as a Tswa–Ronga language.

Nguni languages are more commonly found in the south-eastern third of the country along the Indian Ocean coast. Sotho–Tswana languages are more common in the northern third of the country. Afrikaans is used predominantly in the west, though is also spoken across the centre and north of South Africa as a second language. The Gauteng province is thought to show the most language diversity of all of South Africa’s provinces, with equal representation of Nguni, Sotho-Tswana, and Indo-European languages.

Here’s how to say hello to someone in each of the languages of South Africa (aside from English, of course, we’re fairly sure you already know that one).

Swazi — sawubona (translates as do you see me)

We hope you have enjoyed our quick glimpse at the multilingualism of South Africa, and have inspired you to learn a new language of your own!