Christmas Trees and Other Decorations From Around the World

This entry was posted in quirk, wanderlust and tagged Around the World, Christmas, Christmas Decorations, Decorations, Happy Holidays, Holidays, Language, tradition on December 12, 2016 by Kelly .

And of course. The traditional Christmas tree and decorations of one country are not necessarily recognisable in another. So perhaps it would be interesting to learn a little about the humble Christmas tree itself, and some of its adornments from around the world – as well as festive decorating in general.

Sleighs at the ready! 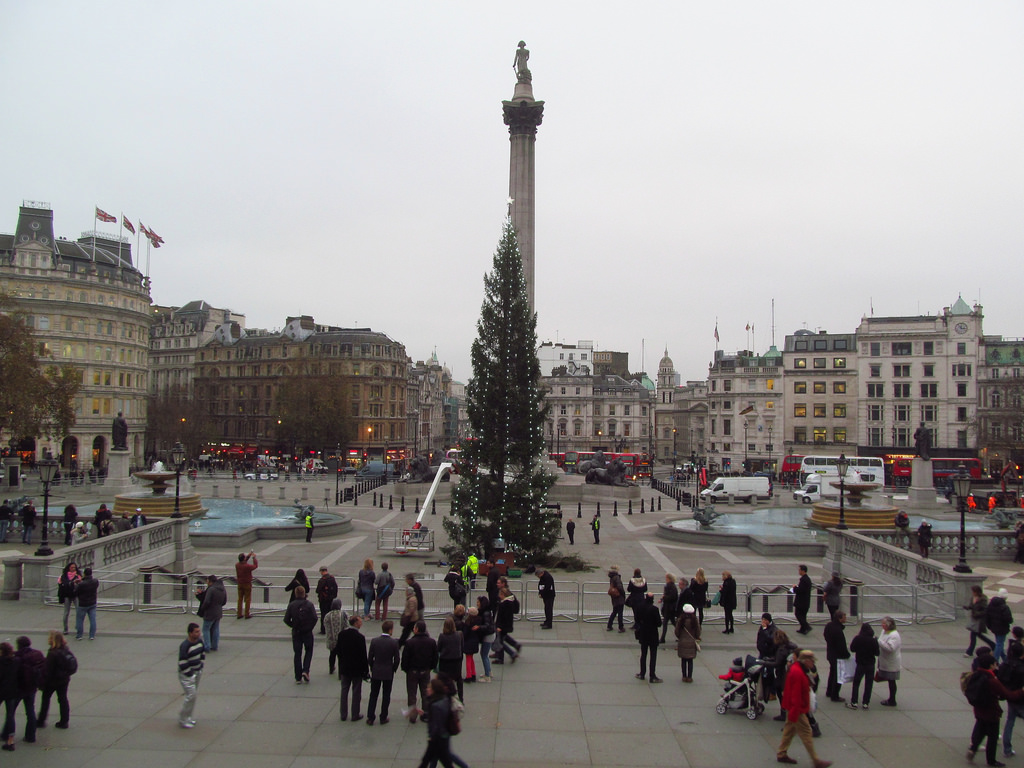 Although a specific date is not known for the very first Christmas tree, the tradition is thought to have begun in Northern Europe at least a thousand years ago. The first actually documented use of a fir tree for Christmas and New Year celebrations is the centre of an argument between Tallinn, Estonia and Riga, Latvia. Tallinn technically predates Riga, with its first recorded tree said to be in 1441 compared with Riga’s in 1510, however Riga has claimed the title for itself with a plaque written in eight languages in its town square and on the First Christmas Tree website.

Of course one of the most famous Christmas trees in the world is that of Trafalgar Square in London, an annual gift from Norway as a thank you for the United Kingdom’s help during World War Two.

There are variants of this legend told in countries diverse as the Ukraine and Finland: on Christmas Eve either the mother of the house or a well-meaning spider (when is a spider ever well-meaning???) of poor households would cover their Christmas trees in cobwebs because they were unable to decorate them with anything else.  When the household woke on Christmas morning they would find the cobwebs had been transformed into silver and gold strands overnight. The responsibility for this magical feat lies either with the light of the sun, or good old Saint Nick. And allegedly, these austere beginnings led us to the multicoloured lengths of tinsel we cover our trees with today. 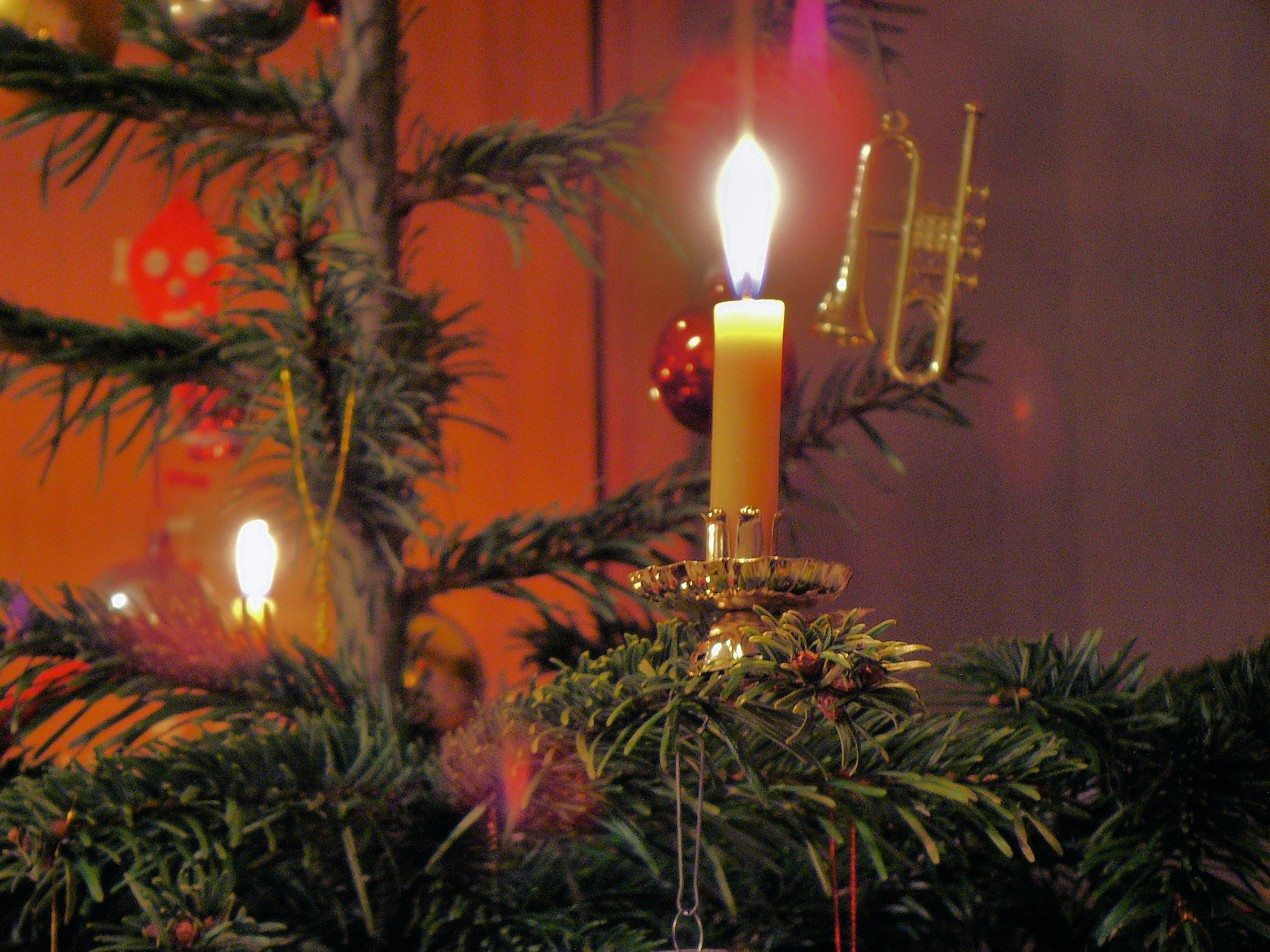 Earliest tree decorations included apples, nuts and pine cones, as well as paper flowers and candles – two things which probably should not be placed in close proximity of each other! The candles were used to represent stars, and have now been replaced with the strings of white and multicoloured lights we use today – both of the flashing and non-flashing variety. Christmas tree lights were in fact invented by American telephonist Ralph Morris in 1895, allegedly because of the danger of fire that candles represented.

Now for some of our global tree decorations. Brazil decorates its Christmas trees with pieces of cotton that are used to represent snow. Germany perhaps is the home of the first bauble, when the original apples used to adorn tree branches were replaced with red glass balls sometime during the early sixteenth century.

Greenland uses similar tree ornaments to both the United Kingdom and America, and Ireland like these counterparts tends to top the tree with an angel or a star. In Japan trees are decorated with a range of things, from small toys and dolls, gold paper fans and lanterns, to small wind chimes and paper ornaments including the most popular Japanese tree decoration, which are origami swans,.

Christmas trees in South Africa are rare but when they are seen they are covered with sparkling cotton, wool, and tinsel. Swedish trees are decorated with straw-made stars, sunbursts, snowflakes and centrepieces as well as and wooden animals. 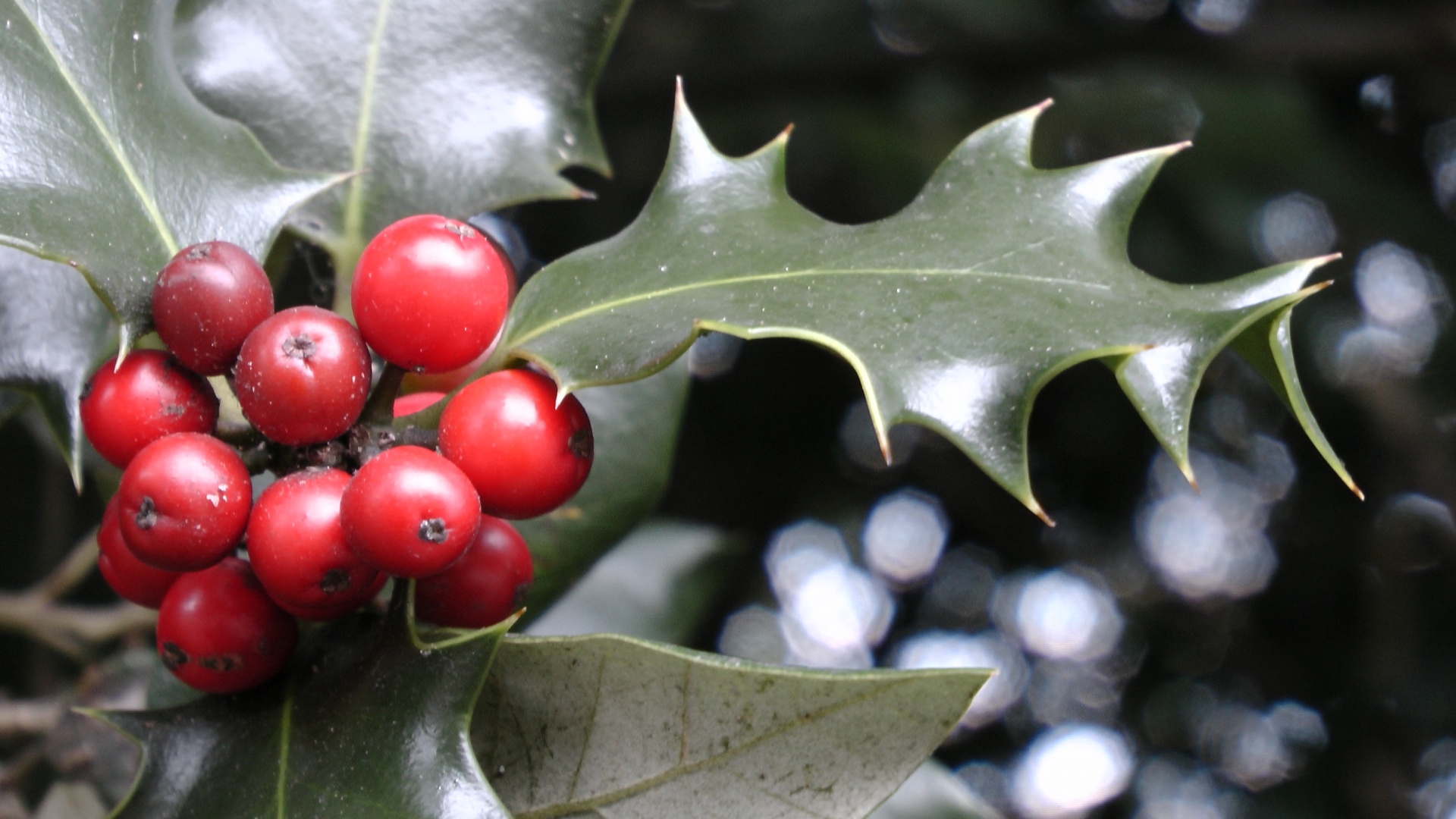 In the Philippines trees are handmade in every colour and size you can imagine. In Mexico it is more common to see a bare branch gathered from nearby trees or shrubs. Holly, ivy and mistletoe are often hung around the home in most Christmas-celebrating households wherever they are in the world. India decorates banana or mango trees, New Zealand has the red berried Pohutakawa tree, and Australia does similar with its Christmas Bushes, which are native plants with small red-flowered leaves. China decorates and calls its Christmas trees trees of lights; many cities are lit up overnight with rows upon rows of small white lights adorning the trees that line the streets. 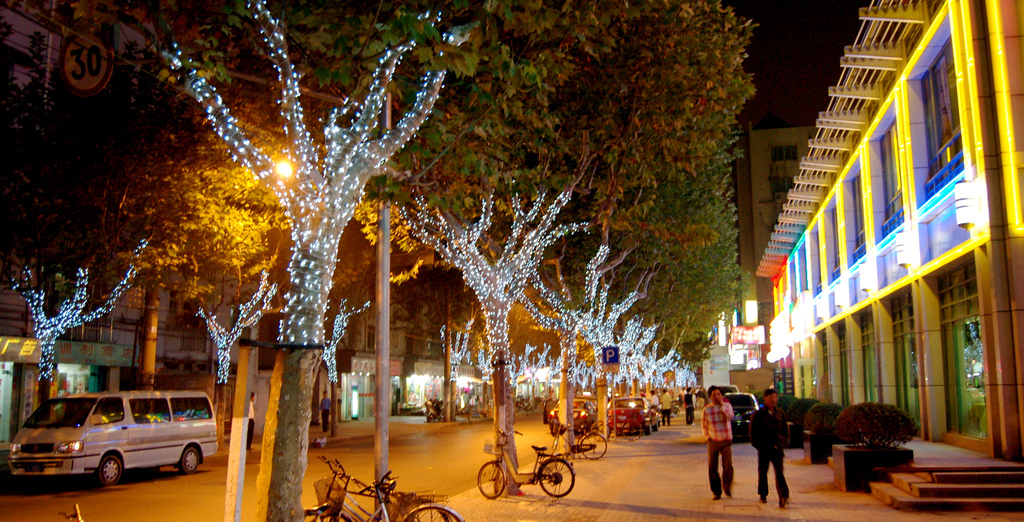 Finally, did you think the yule log was French? Well in some ways it is: a tradition from Southern France sees logs burnt in the home from Christmas Eve until New Years Day. However Norway is claimed to be the true birthplace of the yule log, a tradition started by an ancient pagan Norse god, with a log burnt in celebration of the passing of the shortest day of the year, the winter solstice. The word yule actually comes from the Norwegian hweol which means wheel.

Have you started putting your Christmas decorations up yet? How does yours compare to those mentioned above?