Carnival Celebrations Around the World

This entry was posted in must know, wanderlust and tagged Around the World, Brazil, Carnival, Celebrations, Culture, India, New Orleans, Traditions, Travel, Trinidad, Venice, Wanderlust on February 27, 2017 by Kyra Bonsu . 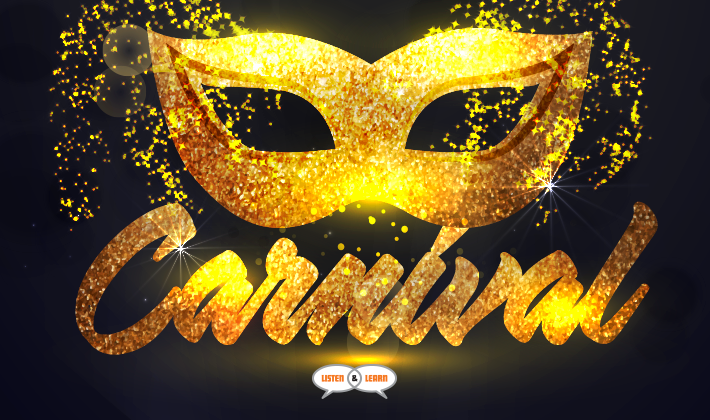 Leading up to lent, in many Christian-influenced cultures there is a festival called Carnival. The word Carnival comes from carnevelare or “farewell to meat”, which explains the custom of abstaining from meat and poultry for 40 days during Lent and before Lent celebrations filled with debauchery. Whether it takes place in Rio or Venice it is a distinctive celebration in numerous cities around the world. We are going to explore a few of the more renowned Carnivals to give you a little bit of guidance if you’re trying to decide which celebration to attend for next year. 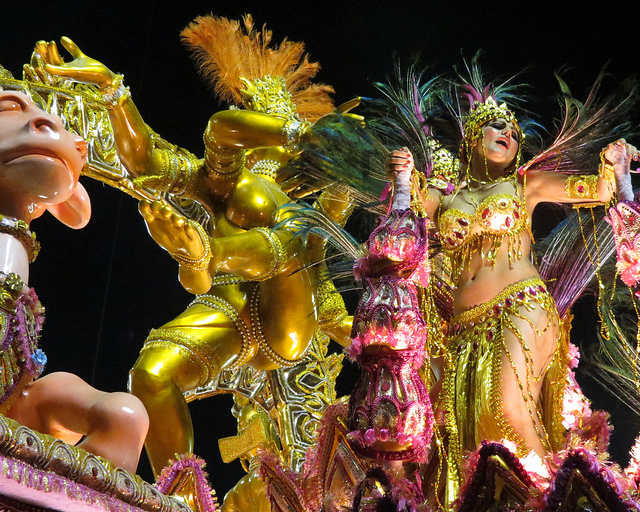 The Brazilian Carnival is albeit one of the most famous Carnivals in the world. Celebrated 51 days before Easter, this carnival varies in each Brazilian region. For example, in the southern region in cities like São Paulo or Rio de Janeiro, Samba schools arrange large parades to be viewed by the public. While blocos, which are smaller parades are arranged by neighbourhoods and public participation is allowed. In the northeastern region in cities like Recife and Pernambuco, Afro-Brazilian culture plays a larger role as well as local folklore and dancing like Frevo and Maracatu. Similarly, in Bahia, drums and costumes with head dresses made of feathers are a constant theme, but there are also groups like the Amerindians that dress as Native Americans from North America and Afoxês that replicate African rhythms. 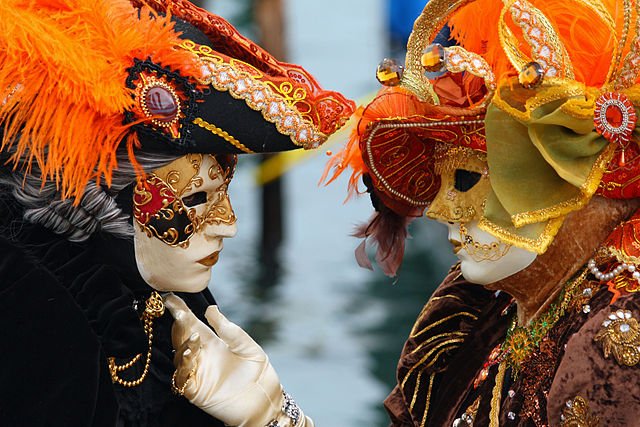 Carnival in Venice originated from a celebration of a battle in 1162, when people went to the streets leading to San Marco square to dance, eat and be merry. Each century the carnival took on another meaning for Venetians from an aristocratic image of Venice, pleasure and enjoyment, and a general escape from the day-to-day. You cannot mention Venetian Carnival without mentioning the history of the masks, traditionally worn from St. Stephens Day on December 26th to Shrove Tuesday which falls in February, as well as October 5th  until Christmas. The masks range from leather, porcelain or glass and whomever was wearing a mask also had the added advantage of being a part of guilds and an elevated place in society.

This Carnival takes place on the Monday and Tuesday before Ash Wednesday and goes hand-in-hand with Calypso music, stick fighting and limbo contests. From the colonial beginning of Trinidad, the French arranged mas or masquerade balls before Lent and the slaves arranged their own celebration called Canboulay or burnt cane celebration. Calypso is a mixture of West African music, Kaiso and Canboulay, and is accompanied by stick fighting, then later transformed into bamboo sticks due to violent incidents, and steel pans and frying pans being beaten together.  The costumes are made by designers and put on participants by a team of volunteers; they are made with feathers and sequins to give you a faint idea of the ostentatiousness. There are also musical competitions between bands and Carnival characters like the King and Queen of Carnival as well as the Midnight robber and the Damme Lorraine make an appearance. 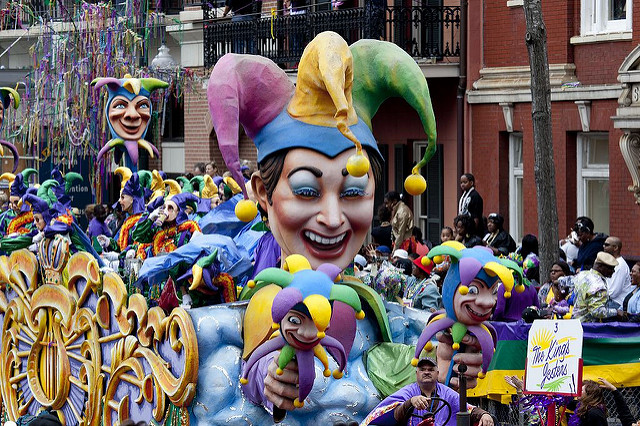 North American Carnival has its own type of flare. Although celebrated in several cities: New Orleans, Saint Louis and Mobile, Alabama, New Orleans is the most popular. The name Mardi Gras is French and translates to “Fat Tuesday”, because in Catholic tradition, this is the day you are allowed to indulge in meat and other culinary delights before abstaining during lent. Carnival arrived to Louisiana by the immigration of the French and throughout the centuries was banned due to economic disarray, war and violence, but always returned with vengeance.  This carnival is celebrated from the 6th of January until the beginning of Lent and in between that time, Carrozzas or floats, masks and an abundance of King cakes are increasingly present. In New Orleans, two weeks before “Fat Tuesday” parades and activities are arranged by the neighbourhoods and take place all around the city along Bourbon Street and in other parts of the French quarter, with toys and bead necklaces launched into the crowd so revellers can take part. 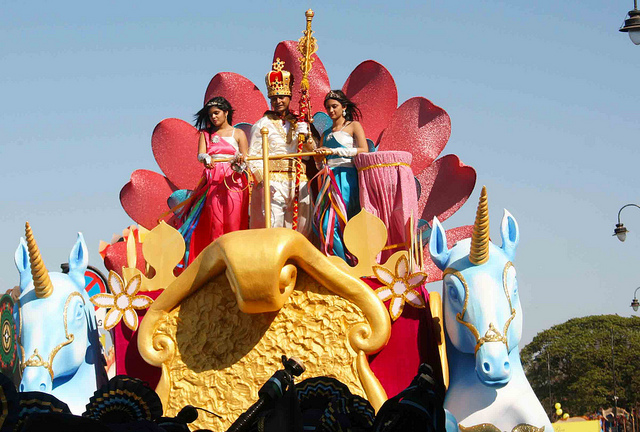 Goa, a region of India, was primarily influenced by the Portuguese and is obvious through its mixture of guitar music that present at this Carnival celebration.  This entire four-day festival happens at the end of February and has Indian and Christian religious influences. For example, fireworks are set off to wake the gods and there is a procession of King Momo or King of Chaos. Additionally, coloured water and squirt guns are thrown on the public alongside bright floats with extravagant flowers and feathers. King Momo inspires all festival-goers to “Kha, piye aani majja kar” or “Eat, drink and make merry”. His court includes bands, dancers and fire eaters, to name a few, that partake in the merrymaking before Lent. The celebration ends with a black and white ball in the Club National Panajii.

There is no mistaking it, that Carnival is a blast around the world, so if you have the chance to indulge in a truly remarkable festival, take your pick! You won’t be disappointed.