Can Expats Get By With Speaking Only English?

This entry was posted in must know, serious, wanderlust and tagged English, Expat, Language, Travel on December 12, 2014 by Nicole Eberhard .

The world is getting smaller. Yes, we’ve heard this many times before, thanks to globalisation, technology, and increased flight routes criss-crossing our planet, like an ant colony on the move. But the one way that the world really is shrinking is through our ability to pack our bags and move to another country, becoming an expat.

This move is often hampered by visa regulations, cultural differences and fear of change, as well as one other big factor: the language gap. Particularly as a native English speaker, more accustomed to others learning his/her language, rather than the other way around.

Yet, there are many places where expats can actually get by only speaking English. And they do, flocking to countries and cities where learning the local language is not strictly necessary. Of course, the question remains, should they try to get by without trying to learn the local lingua? 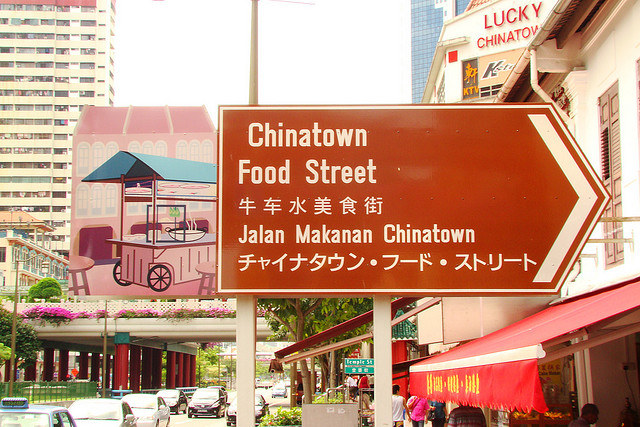 The Sweet Life in Singapore

One place that has seen a particular boom in expat numbers, specifically wealthy expats, is Singapore. According to OZY, it is the “global place to be”, attracting high profile people such as one of Facebook’s founding members, Eduardo Saverin, who recently gave up his US citizenship to take up residency in Singapore.

Besides the high quality of living and the large number of business opportunities, Singapore holds another attraction for foreigners: a high prevalence of English, which is only growing as more and more expats are attracted to the city. In fact, around 1 million of the population’s 4.7 million are foreigners in the city-state on long and short term visas.

So it really is no surprise that you’ll be surrounded by a lot of English. In fact, you’ll find English on all official signs, since it’s one of Singapore’s four official languages. This makes it quite possible to get around the place with just English under your belt.

However, while living in Singapore you’ll be introduced to a hybrid language: Singlish, which requires you to know more than just your English from home. So while you can get by with only your first language (assuming it’s the Queen’s), you’ll be missing out on a lot, especially when it comes to interacting with locals and experiencing the true cultural flavour of this Asian state.

Asia, in general, is one particular destination where you will find many expats who survive on English alone. The difficulty of learning Asian languages is often cited as the reason, since the gap between the two is just so vastly different.

A destination that has become very popular in the last few years is South Korea. In a bid to roll out mass English education, certain programs have been set up to attract foreign teachers. This has seen great numbers of expats moving to the country for one year, or more, to teach.

Given that they work in English, and, if they go through a program, are set up with a network of fellow expats, many remain within their enclave of English and do not learn the language, beyond a few basic phrases.

Of course, the need to speak the local language varies depending where you are in the country. Those living in Seoul, as with any big city around the world, will have an easier time getting by. Obviously if you’re looking to work in a field other than English teaching, you’ll find it considerably more difficult to survive without speaking Korean, which means learning Korean is a necessity. Planning on working in this part of the world? Taking Korean lessons is a must.

Why not test your current level with our Korean level test?

Similar experiences can be found across other countries in this region popular with English teachers, such as Japan, China and Thailand. Keep in mind that just because it is possible to survive speaking only English means you might be limiting yourself to an expat community, defeating the purpose of moving to a new country.

Expand your horizons, and take one of our level tests to check how good your Japanese or Mandarin is before you jet off.

Frequently topping the list of best countries to live in as an expat, Switzerland is a favourite among foreigners looking towards Europe. It provides an incredibly high standard of living, a good education system, beautiful nature, and safety. Plus, as a multilingual country (with four national languages) a vast majority of the population speaks English as well, making it an attractive (and easy) destination for English speakers.

But being surrounded by so many multilinguals, as a lone monolingual, will really set you back in the crowd, and in your competitiveness in the job market. Particularly when you’re surrounded by great opportunities to learn so many European languages, like French, German and Italian! 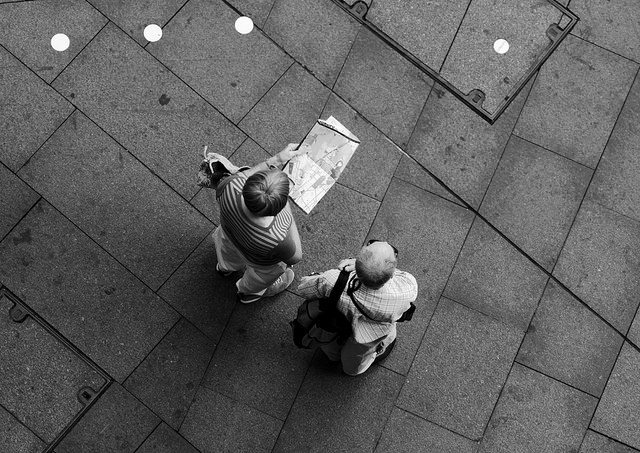 The Drawbacks of English Only

While you can cope in the above countries with only English, many destinations are much more difficult to live in if you don’t know the local language.While we like to think English has significant reach, there are a vast number of places where very little (if any) English is spoken, and there may be some hostility towards those who assume everyone knows their language without trying to learn a new one. Just try ordering your croissant in Paris without attempting at least a “bonjour” in French and see the reaction you get!

Of course, the ultimate question is: should you try to get by with only English? While you can, in many places, you will without a doubt be missing out on truly understanding and immersing yourself in the local culture.

Being able to speak the language of your newly-chosen home, even at a basic level, will not only make your day-to-day life easier, but it will open up the channel to communicate with the locals and learn from them, offering you a much richer experience (whether you’re planning on the stay being temporary or permanent). Plus it’s good for your brain!

Contact us today to find out more about language courses near you and and avoid being that foreigner who refuses to learn the local language.