This entry was posted in glutton, language guru and tagged on May 27, 2019 by Kelly .

Books are a go-to tool for many a language learner, even if so many have a reputation for being dull. But they don’t have to be! Not only can you tailor your learning to suit your needs armed with the best textbooks available, but you can also immerse yourself in strange new worlds of fiction in another tongue. So where do you start if you want some books to help you with your French learning? Here are some of our favorites. 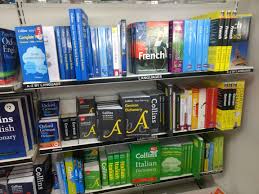 It is always useful to have a good dictionary to hand when you are learning a language, whether you are working through a piece of text or you’re watching a film on Amazon without the subtitles. The Collins Robert French Unabridged Dictionary is a great investment, with more than 820,000 entries and translations. There are political, technical, and business terms, as well as a great section on language in use which deals with colloquialisms, and plenty of guidance for slang and regional variants. This dictionary is in its ninth edition so you know they’re established and doing something right!

Learning French? Check out our free placement test to see how your level measures up!

Many consider Le Bon Usage the bible of French grammar, and with good reason! This book, also known as Le Grevisse, has been around since 1936 and is currently in its 15th edition. Le Bon Usage is the book native French speakers go to when they want to check a grammar point, so you know it’s good! A beloved text to have to hand for translators, Le Bon Usage takes every grammar point imaginable and explains it in a way that will have you mastering the language in no time. While there is a slant towards more literary use than spoken French, this book is a great tool for your language learning. 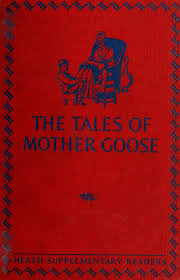 Now we have our sensible books, let’s turn to something more fun! The Tales of Mother Goose are amongst some of the most beloved fairytales you will find in Europe. Perrault is said to be one of the strongest rivals to the Brothers Grimm! What is great about these stories is that they are short, and familiar to you already. Little Red Riding Hood and Sleeping Beauty are just two of Perrault’s most well-known tales, meaning you will know how the stories go even if you get stuck on some of the words. Perhaps best of all, since these stories were released back in the 17th century, they are now in the public domain, meaning you will find free digital copies! So if you are thinking of using French literature to help you learn but aren’t sure it’s for you, you won’t have to spend any money to give it a trial.

Our next choice of books has an added bonus that you will get some music to listen to as well! La Mécanique du Coeur is written by Mathias Malzieu who just happens to be the lead singer of French rock band Dionysos. The band wrote a concept album to accompany the story so you instantly have yourself an additional learning resource. La Mécanique du Coeur tells the story of Little Jack, born on the coldest of days in Edinburgh. The temperatures are so cold that his heart is frozen and has to be replaced, crafted out of a cuckoo clock by a witch doctor named Madeleine. Not to ruin the story, Little Jack has to balance the love of his adoptive mother growing up, and the love of the woman he falls in love with once he’s older. This is a charming, beautiful tale, and a perfect tool to help you learn French!

Our final novel choice is Un Appartement à Paris, an intriguing thriller by French author Guillaume Musso. Artist Madeline has rented a workshop for some solitude and reflection, while author Gaspard, also seeking solitude, arrives on her doorstep in a misunderstanding over accommodation. The two form an unlikely friendship and together study the paintings of Sean Lorenz, who has his own hidden mysteries! While the two learn more about Lorenz’s work they, in turn, learn more about each other and themselves. You are going to be hooked from the very first page, trust us! Keep that dictionary to hand for some difficult words.

Good luck on your French adventures! We are sure these books will help!